Call of Duty, electronic game that brought new advances to the first-person shooter genre, winning numerous game of the year awards in 2003 and 2004 following its 2003 debut. Designed by the American company Infinity Ward and produced by Activision, Call of Duty used World War II as a setting, allowing players to see the war through the eyes of American, Soviet, and British soldiers. Call of Duty combined challenging single-player missions with a multiplayer engine that breathed new life into a genre spawned by such gaming greats as Doom and Quake.


Call of Duty allowed players to advance through World War II in a series of campaigns or to battle it out against human opponents in its multiplayer mode. Solo play featured a cast of computer-controlled allies to better simulate actual war, during which a soldier would have been part of a large group rather than always fighting alone. The ability to pull up and aim firearms, to relive the last few seconds of a fallen comrade’s life, and to realistically be stunned by nearby explosions were notable features that helped distance the game from its competitors.


The popularity of Call of Duty spawned multiple sequels and expansions, such as Call of Duty II, Call of Duty: Finest Hour, and Call of Duty III. The series explored new ground in 2007 when Call of Duty 4: Modern Warfare was released, giving players the chance to immerse themselves in a future conflict between the United States, the United Kingdom, and Russia. A hit with players and critics alike, Modern Warfare was the best-selling game of 2007 and helped the series maintain its place at the top of the war game genre. Its sequel, Call of Duty: Modern Warfare 2, set entertainment industry records during its first five days of release in November 2009, grossing more than $550 million in worldwide sales. The game’s single-player mode featured a deeply engaging counterterrorism story line, and its robust multiplayer mode drew more than two million users to Xbox Live, marking a one-day record for the online gaming service. The franchise’s next release, Call of Duty: Black Ops, topped $360 million in sales on its first day of release in November 2010, easily becoming the largest entertainment opening of the year. The game featured a single-player story rooted in the events of the Cold War, and it offered an evenly balanced, heavily customizable multiplayer mode. The Modern Warfare series came to a close in November 2011 with Call of Duty: Modern Warfare 3, a game that broke global records with $775 million in sales in its first five days of release. 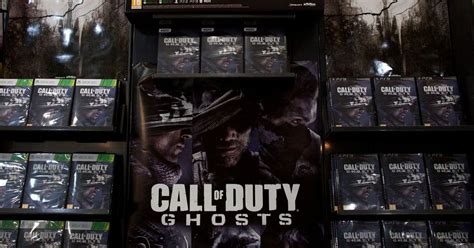